Imam Ahmed Raza in the Eyes of Others

The personality of AALA HAZRAT Imam Ahmad Raza Khan Fazil-e-Bareilvi needs no introduction. Today his glory is echoing in the entire world. Besides Ulama,. Madaris & religious groups, Scholars, universities & modern circles are also attentive to him. Till now many scholars from the Universities of India, Pakistan & U.S.A. have done PhD on him & still the research work on him is continuing in Indian Universities & abroad.

Imam Ahmad Raza was the reviver of 14th Islamic century. He was the person of world importance. In 400 years world history such an amazing Alim & Scholar and versatile genius is not found as Imam Ahmad Raza was. He is of course Aalahazrat i.e. the great threshold. He was greater than all Ulama & saints of his period as he was the reviver of his century & so he was called AALAHAZRAT He is the man of the century. 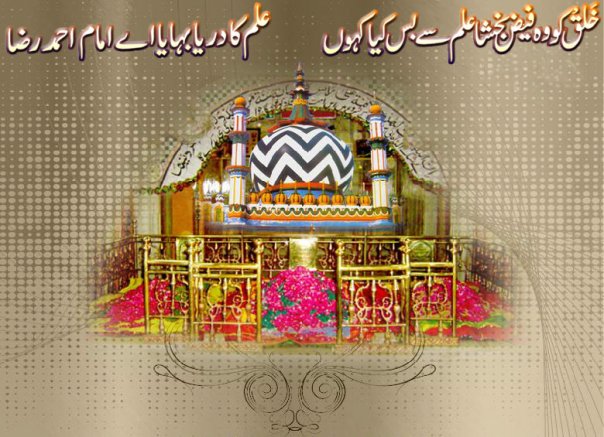